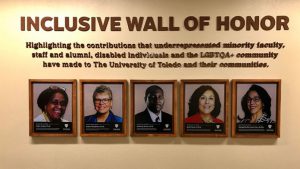 Five influential employees or exceptional alumni of The University of Toledo were inducted into the Inclusive Wall of Honor, displayed in University Hall and the Lancelot Thompson Student Union. They are the inaugural recipients of this honor. The Inclusive Wall of Honor highlights the contributions that underrepresented minority faculty, staff and alumni, disabled individuals and the LGABTQA+ community have made to UToledo and their communities.
Dr. Helen Cooks (Univ Coll ’72, Ph.D. ’87) founded the instrumental scholarship program called EXCEL, striving to provide underrepresented students with tools for success in college through pre-college academic programs, cultural awareness of diversity and civic involvement. She also started the Conference for Aspiring Minority Youth at the University, where she continues teaching in the Judith Herb College of Education.
Margarita De Leon (MBA ’02) was nominated for her work as founder of the Latino Fest, “Bravo Magazine,” and IMAGE of Northwest Ohio, an organization for Latino advocacy in Toledo. She also founded the Diamante Awards, which raises money for local schools and organizations while honoring Latino citizens.
Deb Flores (A/S ’90, MA ’97) is the executive director of Zepf Center, located in downtown Toledo, serving children and adults in services focused on behavioral health, mental health, substance abuse, gambling addiction, career development and recovery housing.
Dr. Anthony Quinn (former UToledo faculty) was nominated posthumously for his tremendous impact on, and active recruitment, of students pursuing degrees in science, as well as for his own work as a research immunologist and associate professor. The STEMM Initiative – designed to bring underrepresented high-profile minority students to the University – is intended to inspire students of color to engage in the fields of science, technology, mathematics, engineering and medicine.
Dr. Susan Telljohann was nominated for her impact and support of the LGBTQA+ community at the University. She has become more outspoken on issues of LGBTQA rights over the years that led her to become the role model she is today to LGBTQA students, faculty and staff at UToledo. She is a retired faculty member from the Department of Rehabilitation Sciences in the College of Health Sciences. 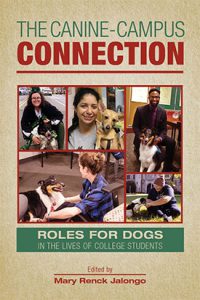 Dr. Mary Renck Jalongo (Ph.D. ’78) edited and co-authored a book with Purdue University Press, “The Canine-Campus Connection: Roles for Dogs in the Lives of College Students.” The book covers the benefits of the human and animal bond and addresses the growing mental health crisis at colleges and universities across the nation. In 2016, her book “Writing for Publication: Transition and Tools That Support Scholars’ Success,” was published by Springer Nature and has been downloaded more than five million times. She has written, co-authored or edited more than 40 books and has earned eight national awards for excellence in writing.
Dr. Edwin M. Schottenstein (MED ’78) was recognized by Continental Who’s Who as a top ophthalmologist and his exemplary contributions in the medical field. He is renowned as one of New York City’s top board-certified ophthalmologists. Schottenstein spent more than 40 years specializing in the treatment of comprehensive ophthalmological conditions and has expertise in specialized eye surgery, vision preservation and restoration.

Roderick Kennedy (Law ’80) co-chaired a task force on redistricting best practices in New Mexico over the new year and he also finished teaching a class on scientific evidence at the University of New Mexico School of Law. 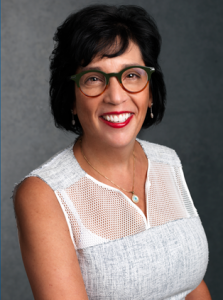 **Rita Mansour (Bus ’88) has been appointed to the Ohio Arts Council for a term, expiring July 1, 2024, by Gov. Mike DeWine. She is the senior managing director of Mansour Wealth Management. Mansour was named as one of the top 100 female advisors in the United States by Barron’s Investment News Magazine. 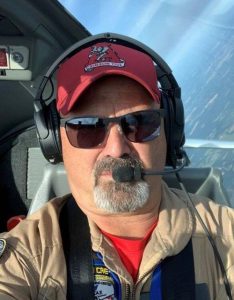 Robert Mitchell (A/S ’82) earned accreditation as a master flight instructor in the National Association of Flight Instructors. This honor has been earned by less than 1,000 people since its inception. He currently works for CAE, a Canadian manufacturer of simulation technologies and training services to airlines, as an advanced instructor pilot in support of the U.S. Army Fixed-Wing Flight Training Program. Mitchell was a starting wide receiver for the Rockets football team during his time at UToledo. 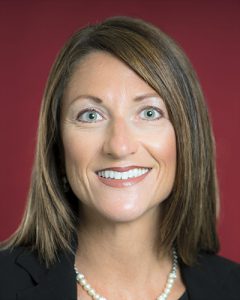 Dr. Anne Fulkerson (A/S ’94, MA ’97, Ph.D. ’00) is the new assistant vice provost for institutional research at the University. She has served as director of institutional research at Owens Community College in Perrysburg, Ohio since 2018.
Hossain Khaled (Bus ’97) was elected to the board of directors of City Bank as the vice chairman. He is also the founding president of Entrepreneurs’ Organization Bangladesh and a managing director of Anwar Group. City Bank is located in Bangladesh.
John Markowski (Eng ’99) was named director of implementation services of FeneTech Inc. In his new role, Markowski will be responsible for the collective operations of the applications group and the customer care group. FeneTech, located in Aurora, Ohio, creates and supports software solutions for the glass processing and window and door industries. 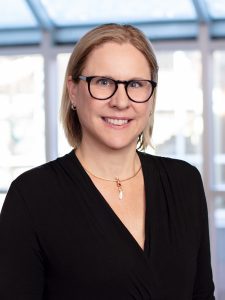 *Cheri Budzynski (Law ’07) was inducted to the honorary Fellows Program of the Ohio State Bar Foundation. She is a partner in the environmental practice group at Shumaker, Loop & Kendrick. In 2021, she was recognized for her practice of environmental law by Best Lawyers in America. Budzynski teaches environmental law in the College of Engineering at UToledo. 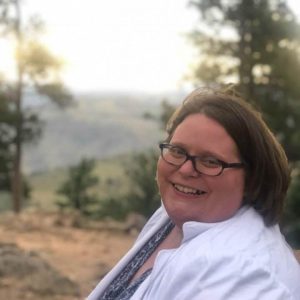 Kimberly Farley (Ed ’04, A/S ’04) graduated from Xavier University in May 2021 with a master’s degree in school counseling. She will continue her education at the University of Cincinnati for a doctorate in philosophy in counselor education. Farley currently serves as a college and career counselor at Purcell Marian High School in Cincinnati. She is also a foster parent to two amazing boys.
*Michael Panamarczuk (Ed ’08, A/S ’08, MEd ’16) was appointed as the middle school principal in the Bucyrus City School District. He previously worked for Springfield City Schools and Marion City Schools, both located in Ohio. 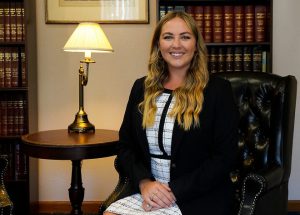 *Ariel Berger (Law ’16, Law ’19) recently opened a second location of the Law Office of Ariel M. Berger in downtown Toledo. Her first location is in Adrian, Mich. Berger specializes in family law and custody cases but also handles estate planning and landlord/tenant cases.
*Dr. Holly Harnica (Pharm ’19, Honors ’19, PharmD ’21, Honors ’21) and Tye Thompson were married on May 21 in Blissfield, Mich. The couple started dating when they were 16 and currently own and operate a 33-acre farm in Dundee. Harnica will begin a pharmacy residency program this summer at a hospital in Ann Arbor, which is part of a path that graduating pharmacists can take if they are seeking more direct patient care opportunities. She hopes to become an outpatient clinical pharmacist, where she can work with physicians to manage patients with chronic diseases. 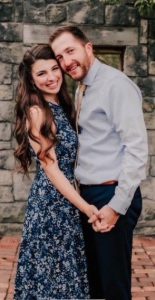 *Rose Mansel-Pleydell (A/L ’20) and Curtis Weisenburger exchanged vows at St. Michael Catholic Church in Kalida, Ohio on June 26. Rose is a freelance artist and substitute teacher. He is employed by Weisenburger Builders and will be teaching at the Northwest Ohio Classical Academy this fall.