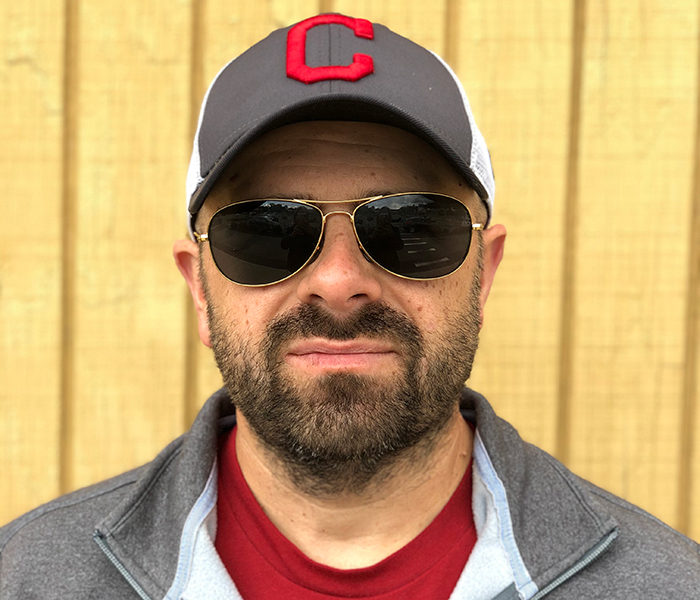 Andy Billman ’02 knew he wanted to pursue a career in film and television when he was in eighth grade.

For the award-winning producer and director, who has worked for ESPN since graduating from The University of Toledo in 2002 with a B.A. in communications, sports and storytelling have always come hand in hand. Fortunately, his time at the University offered plenty of chances to combine the two.

“I was accepted at Ohio State, and looked at Ohio University too, but they just never appealed to me,” says Billman, who discovered UToledo during a college fair while attending Bishop Watterson High School in Columbus.

“I had so many rare, hands-on opportunities as a student that I couldn’t have gotten anywhere else,” he adds. “Working at The Collegian, on WXUT, internships in radio and TV. And campus always felt so tight-knit and close, even though you have 20,000 students going there.”

Billman credits his college experience with providing a foundation and perspective that proved invaluable for his later work — including skills he developed unexpectedly. His mentors included Don Reiber, a beloved associate professor of communication and director of Media Services in the Department of Communication, who first joined UToledo in 1979. Billman notes that Reiber, who passed away in 2015, believed in him from the beginning and taught him the finer points of radio.

But it was Billman’s minor in sociology that guided some of his most important projects.

“I was so excited to be at ESPN, but when I first got here I was like a deer in headlights. I was writing for Stuart Scott and Keith Olbermann, people I’d been watching on SportsCenter for years,” says Billman.

“Things move faster on the East Coast. People and cultures in different parts of the country react to things differently — that sociology background helped me to relearn and re-educate myself about a lot of things.” 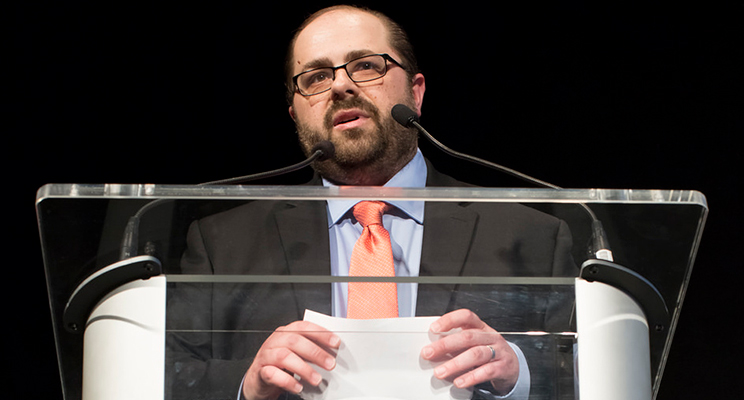 In addition to SportsCenter, Billman has worked on “The ESPYs”, “Playmakers”, “Tilt” and “Dream Job.” But in 2016, one of his career’s defining moments would come with the debut of “Believeland,” an episode in the third volume of ESPN’s “30 for 30” documentary series. Billman spent his formative years in the Cleveland area, and used that experience to shed light on the city for a wider audience.

“‘Believeland’ is Cleveland to the core. It’s the story of the fans whose love and loyalty endured despite half a century of losing, and the spiritual and economic impact of sports in a city that has suffered more than its share of scorn,” notes Billman. “I love Cleveland. I still live and die with each victory and defeat.”

The film was broadcast one month before LeBron James and the Cleveland Cavaliers won the 2016 NBA Finals, after which it was re-released with an updated ending.

As for his current projects, Billman is now directing a documentary film titled “War on the Diamond,” which he expects to complete in 2021. He is also producing three other films, working on two podcast series and continues to collaborate with former NFL running back Earnest Byner.

The stage for it all was set, he says, at UToledo.

“I’m so proud to have gone there. The University’s known for being hard-working without even really thinking about it. It showed me you can do great things if you believe in yourself.” 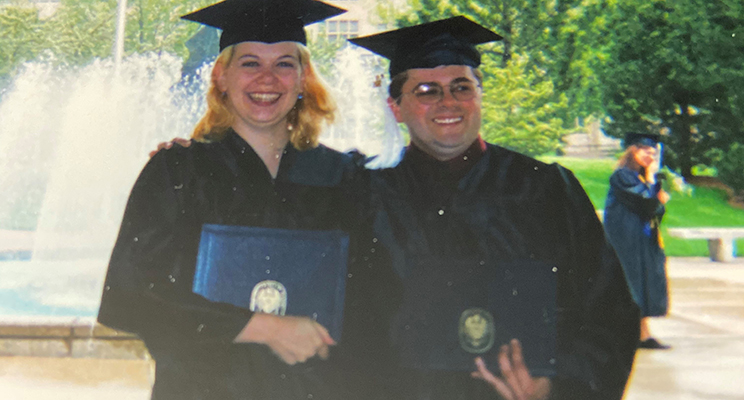