From Centennial Mall to the Highway Patrol for Alumni Board Member 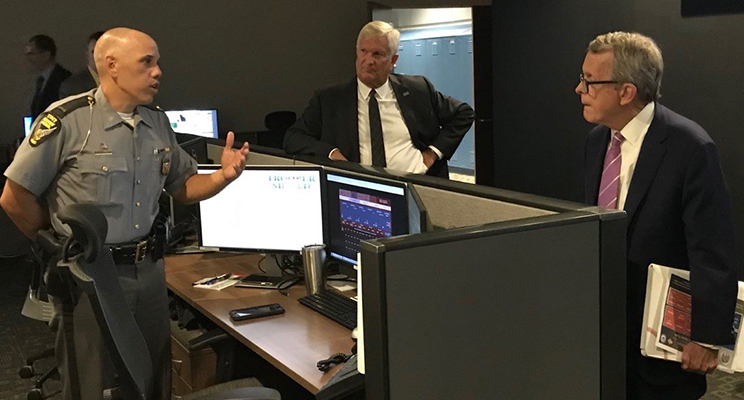 The story of how Andre Swinerton ’98 chose to attend The University of Toledo is a familiar one.

After growing up on Cleveland’s west side, he began thinking about what his future would be once he received his high school diploma. Raised mainly by his grandparents, Swinerton’s grandfather was a stone mason — and he had always assumed he would follow in those footsteps.

But after discovering some UToledo materials at his high school, he decided to visit campus for a tour with others in his family. Things changed.

“I fell in love from the first moment I stepped on campus,” says Swinerton, now a lieutenant and 21-year veteran of the Ohio State Highway Patrol at its headquarters in Columbus. “You had this beautiful campus, in an urban setting. And I didn’t expect to make such great friends at such a big school.”

“I’m still friends with some of those people today. I was surprised at how much everyone enjoyed being in the UToledo family.” 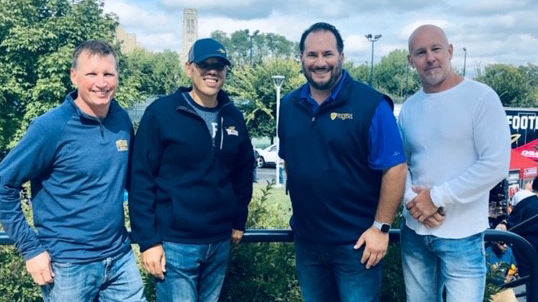 Swinerton’s path to law enforcement and the Highway Patrol was just as unexpected as becoming a Rocket. During an impromptu trip to a career fair at Savage Hall his senior year, an Ohio state trooper handed him an application for the Highway Patrol’s training academy. Swinerton didn’t think much about it at the time, but that was another defining moment in his career.

“I graduated with a bachelor of education degree from UToledo in 1998,” recalls Swinerton. “I was at the state trooper training academy in February 1999 and have been with the Highway Patrol ever since.”

Equipped with a background in education, he notes that the foundation he was provided at UToledo has served him well, including his communications and business classes. Swinerton worked as an instructor for the training academy for five years, where he developed lesson plans and curriculum for both cadets and fellow instructors.

So far, the high point of his career in uniform has been meeting President George W. Bush while a member of the academy in 2005, a moment captured on the front page of the Columbus Dispatch.

“Getting to shake the hand of the president of the United States, it all tracks back to my experience at UToledo,” says Swinerton.

And yet, he is positioned to accomplish even more as a Rocket. In May 2019, Swinerton was sworn in as a member of the University of Toledo Alumni Association board of trustees. The group helps to provide guidance, support and engagement as the Alumni Association continues to serve nearly 166,000 living graduates around the world.

“I was so excited to get the phone call, asking me to be a member of the alumni board,” says Swinerton. “UToledo has molded me into the person I am today. It was time for me to give back to the place that has given so much to me.”