Juanita Gray (A/S ’01) makes a habit of being kind and generous with her time.

Ever since she was a child attending St. Francis Elementary School, near 71st and Superior in Cleveland, Ohio, giving someone a reason to smile or fulfilling a basic need became second nature.

She and her siblings accompanied the Catholic school’s nuns to take candy and fruit to local nursing home residents and sing them Christmas carols at the holidays. “We also brought food and clothes to the women at the battered women’s shelter that the church operated across from the convent and school,” says Gray. 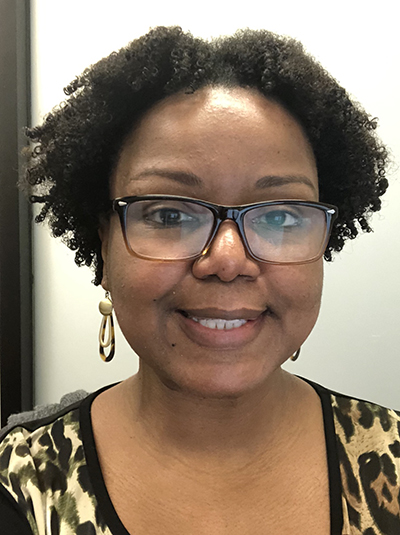 She has carried that spirit of volunteerism throughout her life.

“When the realities of the impact of COVID-19 really hit the United States, particularly as the media focused on the impact on the elderly, it had me thinking about the people in my building, as a good majority are above the age of 60 years,” says Gray, a resident in the Van Ness neighborhood in the District of Columbia. A social media article prompted her to act. The story was about an elderly couple who asked a woman in a grocery store parking lot if she would go into the store to shop for them because they were afraid of contracting the coronavirus.

“I had an ‘aha’ moment,” says Gray, “and decided that was what I could do.” Reaching out to her neighbors with signs posted in the building elevators, Gray offered to go to the grocery store, pharmacy, dry cleaners, or any place in the Van Ness and Cleveland Park neighborhoods for anyone over the age of 60.

When Gray’s first request came in, it was “not quite in the neighborhood,” she says. “A woman needed me to go to the pet store to get feeder fish for her turtle. The nearest pet store was actually a few miles away in Bethesda, Md.” But Gray says the neighbor’s fear of going out appeared genuine. “So, I rented a Zipp car and drove to the pet store,” she says.

The requests began to come in regularly after that, but the coronavirus also was spreading in Washington, D.C. Gray reduced her own exposure by shopping only on Tuesdays and Thursdays and continues to do this for a dozen residents each week. The front-desk staff now forwards any requests, as her signs were taken down, but not before her shopper services hit social media when a local publication wrote a story about Gray.

Gray can empathize with those who need others for support, having been on the receiving end of others’ kindness. During her most formative years, numerous people replaced the familial support she lacked in her home life.

Since the seventh grade, Gray had moved from one toxic environment to another but was still able to complete elementary school at St. Francis. Even as she engaged in high school choir, plays and the marching band, a depressive state often would take over. At her breaking point, her high school boyfriend’s relatives gave her a better place to live.

In February 1995, personal loss hit. At the age of 16 and before her senior year of high school, she became a ward of the state, after her mother was found murdered. Though estranged from her mom, Gray had kept in touch with her and thought she had been finding some stability.

An advocate from the State told Gray about the Ohio Youth Advocate Program, which assists orphaned teens who are mature enough to live independently but with supervision and support from the staff.

“Through that program, I had the support of two amazing advocates, Mona and Brett, as well as two nuns who volunteered for OYAP and really helped me navigate my independent living experience,” says Gray. “They took me on college tours and to the theater to see my first Broadway play in New York and to Washington, D.C., where I met Sen. John Glenn. They — as well as my choir teacher, Mrs. Winston; my band instructor, Ms. Carma Coley; and my English teacher, Mr. Huntley — were all instrumental in my success as a high school student,” says Gray.

“There were many times I faltered and could have easily given up hope of being anything more than what I was at that time. But their support got me through those years and helped me understand the potential for greatness I had.” They are the reason she set off for college at The University of Toledo.

The Fruits of Hope and Optimism

Once in Toledo, Gray further developed her social skills, encouraged by her resident advisor to immerse herself in student activities. She gained lifelong friends and increased her volunteer activities by joining the Xi Beta Chapter of Sigma Gamma Rho Sorority, Inc. She was secretary and president of the National Pan-Hellenic Council and coordinated a successful fundraiser. “The talent show I put together was the biggest and raised the most money in NPHC history at UToledo, at that time anyway,” she says. 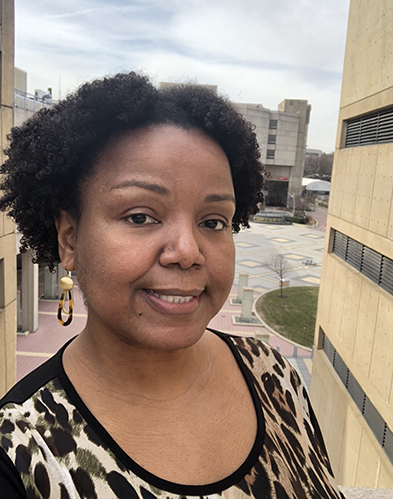 During her last two years at UToledo, she served as a resident advisor. She didn’t plan to make it a permanent career, but a number of positions in residence life put her on a successful trajectory that has led to her current role as director of community engagement for all five campuses of the University of the District of Columbia.

While at UToledo, Gray would return to Cleveland’s OYAP to share her personal trials and triumphs with youths in the program. “Having experienced what I went through during my childhood and having the support that I had with OYAP and my high school teachers, it has been and continues to be important to me that I give back and offer other kids the same type of support I received,” says Gray. “I can’t say that I set out to be a mentor; I believe I truly learned what that meant during my time as an undergraduate at UToledo. But the combination has produced the advocate and mentor I am today and shaped the work I do in my community.”

Gray had to learn how to overcome crises at a young age, but life has taught her to invite hope and grab onto optimism.

She says she hopes that if anything positive can come out of the tragedy of the coronavirus pandemic, she hopes America will address the inequalities and disparities that plague those living in African American, Latino and Hispanic communities — the populations that have had the most devastating death rates from COVID-19.

She’d like to see community leaders and those at all levels of government start making impactful policies that build up these communities that need quality health care and education, affordable housing and food security.

“We’re Americans. We’ve gone through a lot, and we’ve overcome a lot,” says Gray. “This pandemic has changed us, but whether that change is good or bad is up to us. I choose to look for the good and use that good to carve out my new future.”