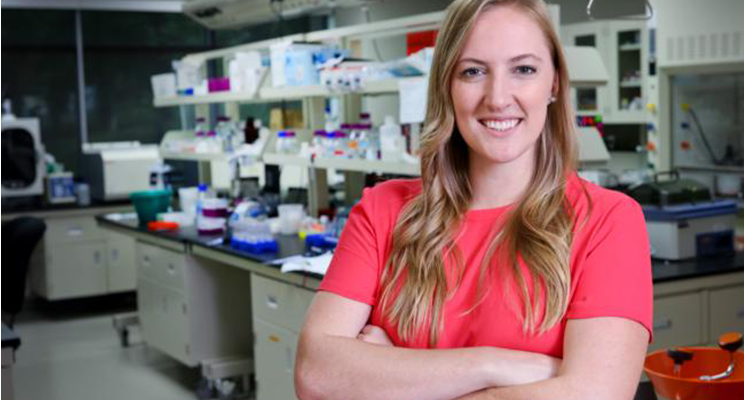 Children often use “why?” as a rebuttal to everything their parents say.

Illinois-raised Mallory Ladd ’11 found a way to make a career out of asking “why?” as a chemist.

“Chemistry is one of those fields that digs into the mechanistic and fundamental questions exploring the universe,” says Ladd. “I identified strongly with how chemists approach problems — using the scientific method to structure a hypothesis, identify any assumptions or areas of uncertainties, and collect empirical data to test that hypothesis.” 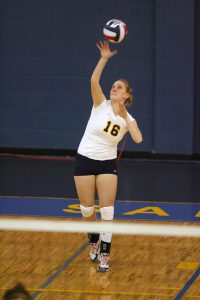 Ladd was being recruited for volleyball and had offers from a few other universities when she came to visit The University of Toledo. While the athletic benefits were nice, the Chemistry Department and Honors College ultimately sold Ladd on becoming a Rocket.

During her tour, she was introduced to Dr. Andy Jorgensen in the Bowman-Oddy laboratories. Dr. Jorgensen was one of the people who influenced her interest in chemistry and climate science. Later, Ladd also met the dean of the College of Arts and Sciences, Dr. Nina McClelland, who became a close mentor throughout her time at UToledo and later during her career.

Outside of the chemistry program, Ladd loved what the Honors College brought to her curriculum — reading, writing and politics courses created a well-rounded college experience. Even with a grueling course load and volleyball schedule, she was inspired to minor in Spanish and criminal investigation after discovering a passion in those areas.

During her senior year, a professor at UToledo was looking for an analytical chemist to go to Alaska and monitor seasonal patterns of Arctic soil nitrogen availability in response to accelerated warming temperatures and climate change. Ladd soon found herself in Alaska with twelve other researchers in a remote facility without running water for four months. 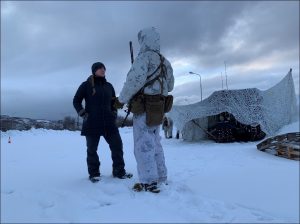 Ladd speaking to a US Marine from Marine Rotational Force-Europe during Exercise Cold Response in northern Norway.

That cold Alaskan trip would inspire the rest of her career arc in climate science and energy security.

After graduating, Ladd accepted a competitive, interdisciplinary fellowship through the Bredesen Center at the University of Tennessee. She then went on to study energy science and engineering with a concentration in analytical chemistry at Oak Ridge National Laboratory (ORNL) on a National Science Foundation Graduate Research Fellowship.

Her dissertation work focused on developing analytical techniques to characterize the chemistry of permafrost soils in the Arctic. She worked with the U.S. Department of Energy’s Next-Generation Ecosystem Experiments Project, which allowed her to conduct fieldwork in the Alaskan Arctic, collecting soil and ice cores to bring back to the lab at ORNL to run experiments.

Before long, Ladd turned her focus to the oceans and maritime environments being impacted by ice recession, as well as national security challenges. She joined a Climate Security Panel in Knoxville, Tenn., where she crossed paths with a retired three-star admiral on the board for the Center for Naval Analyses (CNA), a federally-funded research and development center in Washington, D.C. This admiral connected her with the CEO of CNA, where she applied for a job, was quickly accepted and started a fast track to finish her doctoral degree.

“Finally, I suppose a part of me also yearned for the challenge — and wanted to prove to everyone who said math and science were ‘for the boys,’ that girls belong here too.”

She has worked for CNA ever since, as a defense analyst for the U.S. Navy and Marine Corps. Since joining CNA, Ladd has worked on operational and strategic issues — even a couple of wargames — and has used her expertise to develop a nascent research program on Arctic maritime operations. She provides regular support during field exercises and will deploy with Carrier Strike Group ONE on USS Carl Vinson this summer.

“A huge part of what I do every day is apply the scientific method to military operations analysis,” notes Ladd.

“Finally, I suppose a part of me also yearned for the challenge — and wanted to prove to everyone who said math and science were ‘for the boys,’ that girls belong here too.” 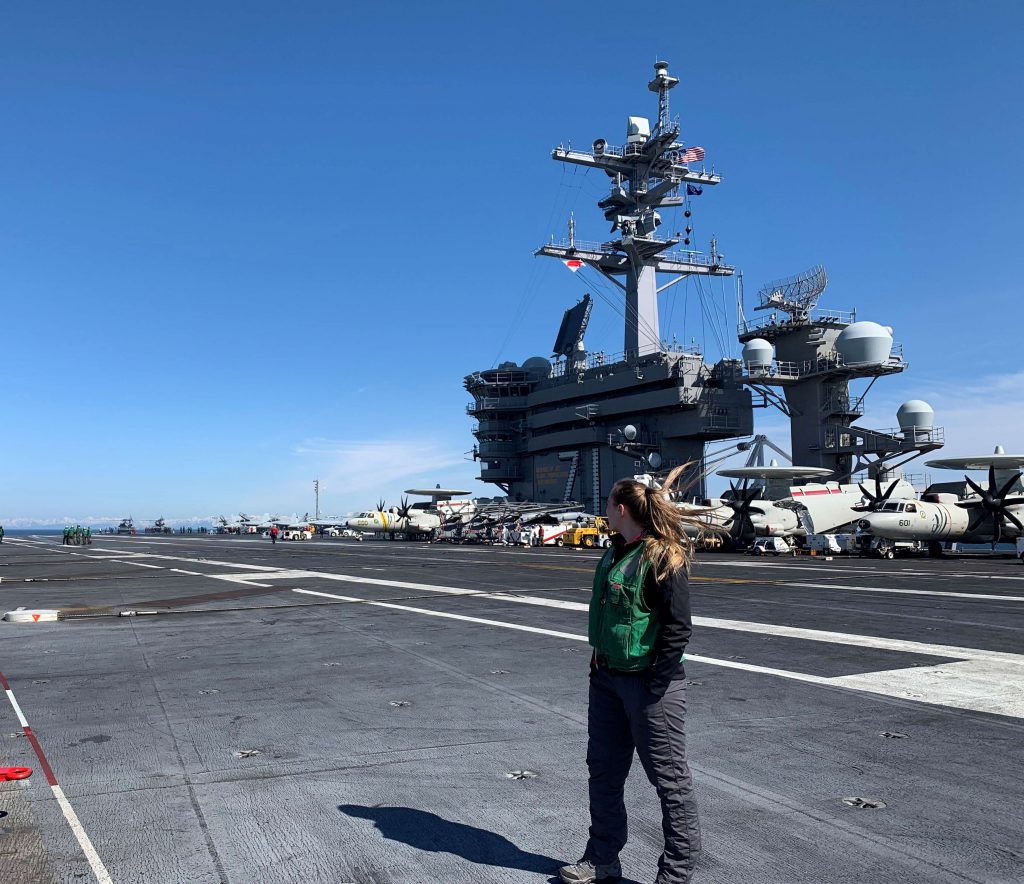 Ladd aboard USS Theodore Roosevelt during US Navy-Air Force Joint Exercise Northern Edge in the Gulf of Alaska.