Norman Nitschke, an engineer and inventor who generously supported The University of Toledo College of Engineering, died Sunday, Feb. 14. He was 100 years old.

“We will always be thankful for the generous support Norm provided the College of Engineering and the University,” UToledo College of Engineering Dean T. Michael Toole said. “He recognized the need to invest in our facilities to attract the best faculty and students here to northwest Ohio and also supported their success. There is not a week that goes by when I do not stop to be thankful for the Nitschke Building and Auditorium. These buildings play such a central role in letting us launch transformative careers in engineering.”

In recognition of his support for UToledo’s engineering programs, UToledo named Nitschke Hall, Nitschke Auditorium and the Nitschke Technology Commercialization Complex in his honor. 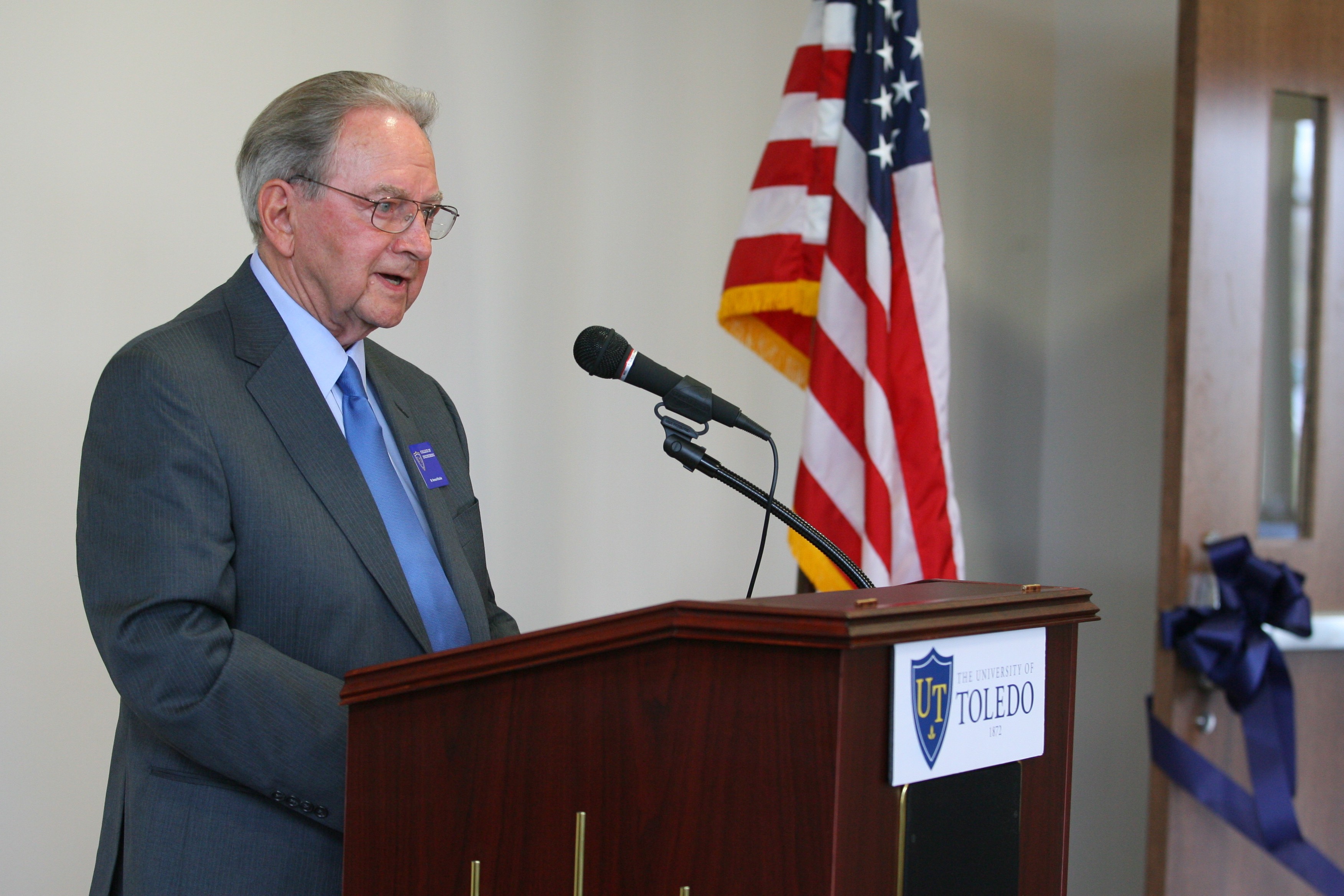 Nitschke is known for his work advancing glass tempering technology and he was a leader in developing safety glass fabrication processes and standards.

Throughout his career he partnered with the late Harold McMaster. Their first company, Permaglass Inc., introduced and promoted tempered automotive glass, which is used today in nearly all vehicles made in the United States. They later founded Glasstech Inc., in partnership with Frank Larimer, which advanced glass tempering and bending for architectural safety glass.

Nitschke and McMaster later used their knowledge in the glass industry to harness solar energy. They founded Glasstech Solar and then Solar Cells Inc., which developed the thin-film cadmium telluride coating technology that launched First Solar in the solar energy business.

Nitschke Hall, the new engineering building added to campus in 1995, was dedicated in his honor in recognition of a $1.75 million donation to the project. The $2.5 million Norman and Lois Nitschke Auditorium was added in 1997.

He provided the final $1 million match needed to fund the Nitschke Technology Commercialization Complex, a technology business incubator on campus that was dedicated in 2010.

“This facility will help commercialize countless new and developing businesses that in turn will help lead this region’s economic revitalization,” Nitschke said at the time.

Nitschke also supported student scholarships and other UToledo fundraising initiatives throughout his lifetime. 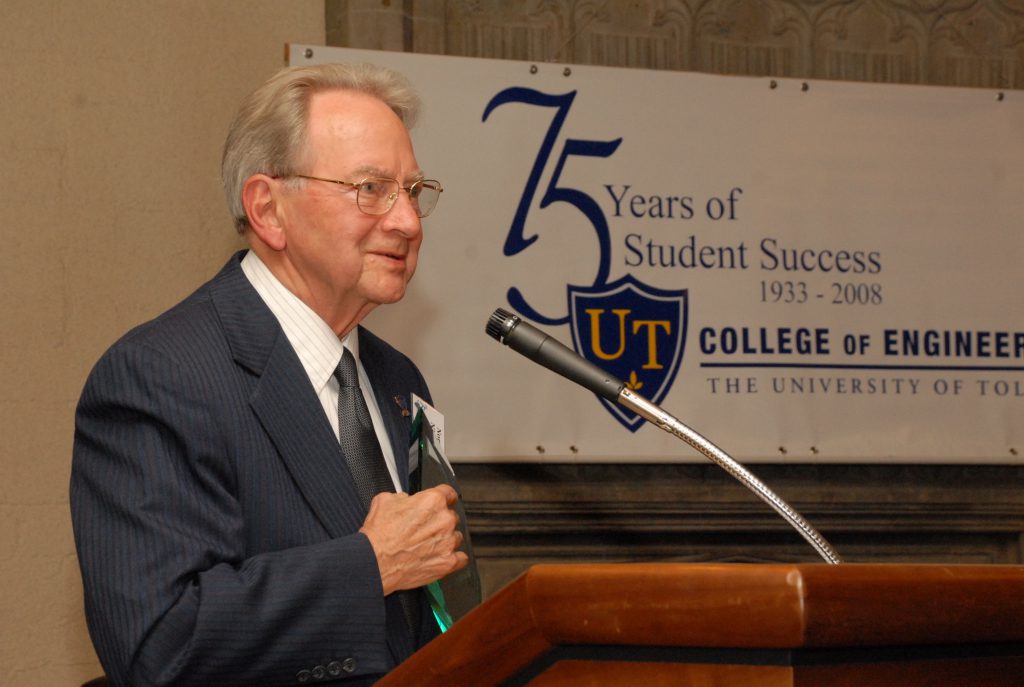 “I know that Norm had a special relationship with my predecessor, Dr. Nagi Naganathan,” Toole said, referring to the former dean of the College of Engineering and interim president. “I was delighted to hear that Nagi accepted the family’s invitation to fly back and participate in the very private ceremony being held today in Toledo.”

Nitschke was born April 2, 1920, in Mishawaka, Ind., and grew up in East Toledo and graduated from Waite High School. He attended business and engineering classes at UToledo before completing bachelor’s degrees in electrical engineering and engineering physics from the University of Michigan.

He began his career at Sun Oil Co. and Libbey-Owens-Ford Co., before his business ventures with McMaster.

Nitschke also served on a number of committees in his industry, including the Safety Glazing Standards Committee of the Society of Automotive Engineers and glazing committees of the American National Standards Institute. He helped organize and served as president of the Glass Tempering Association and the Safety Glazing Certification Council.

Nitschke and his wife, Lois, who preceded him in death, had five children: sons J. Stephen, Robert, David and Dean, and daughter Susan Ouellette. He is survived by nine grandchildren and 11 great-grandchildren.