**Joel Levitan (Pharm ’69) was installed as president-elect of the Ohio Pharmacists Association (OPA). He practiced community pharmacy in the city of Toledo for 51 years. Levitan is a past recipient of OPA’s Bowl of Hygenia Award for service to his community and a runner-up for the Jefferson Award in Toledo. He is a longtime member of the College of Pharmacy and Pharmaceutical Sciences Alumni Affiliate board. 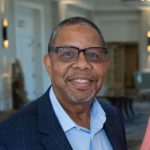 Dan Krinsky (Pharm ’81, MPharm ’84) was installed as a trustee on the board of the Ohio Pharmacists Association (OPA) representing District 11. He is the owner and founder of EduCare4U, LLC and co-owner and co-founder of PGx101, LLC. Krinsky is a member of OPA’s Legal and Regulatory, Pharmacy Economics, and Practice Advancement and Innovation Committees. He also serves on the Ad Hoc Committee for Work Force Issues. 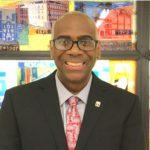 Dr. Leon McDougle (A/S ’85) is the 121st president of the National Medical Association (NMA). He is the associate dean for diversity and inclusion and the chief diversity officer at The Ohio State University. The NMA serves as the oldest and largest collective voice for parity and justice for African American physicians and their effort to eliminate health inequalities. 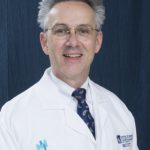 *Dr. Thomas Steinemann (MED ’85) received the Outstanding Advocate Award from the American Academy of Ophthalmology. The award is in recognition of his ongoing advocacy in making the sale of cosmetic and corrective contact lenses illegal without a prescription. 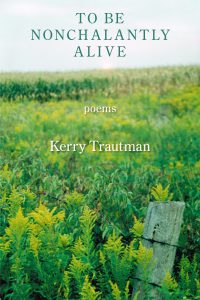 Kerry Trautman (A/S ’98, Honors ’98) published her fourth book of poetry, “To Be Nonchalantly Alive.” She is the founder and admin of ToledoPoet.com and the Toledo Poetry Museum page on Facebook. 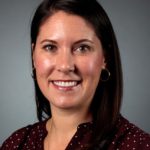 Derek DuBose (A/S ’05) is the associate vice chancellor for enrollment and director of admission at the University of Denver.

Meagan Lucas (Univ Coll ’08, MEd ’12) was honored as Teacher of the Year by the Council For Exceptional Children of Ohio. She is an intervention specialist at Start High School in Toledo. Lucas works with students with multiple disabilities behavior disorders and most of her students are nonverbal, ranging in age from 14 to 22.

Kelsey Croak (HSHS ’13, Honors ’13) was promoted to an associate athletic trainer at the Virginia Military Institute, located in Lexington, Va. She is a member of the National Athletic Trainers Association, a McCue Society member and a licensed athletic trainer in the Commonwealth of Virginia.

Trent Hathaway (Eng ’10) was named the Ohio Society of Professional Engineers Young Engineer of the Year. The award recognizes his dedicated efforts to support the organization and its Toledo chapter. It also acknowledges his enthusiasm for the engineering profession and his leadership in community, civic and professional activities.

Andrew Makadsi (A/S ’10) worked as the art director on Beyoncé’s latest film, “Black is King.” The movie is now streaming on Disney+. Makadsi appeared in the Middle East edition of Vogue magazine about the film. 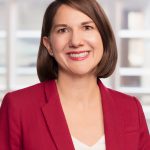 *Emily M. Morrison (Law ’17) joined the Toledo Public Schools Foundation Board for a three-year term. The TPS Foundation is a fundraising arm of TPS and its mission is carried out through providing scholarships and grants to students and teachers within the school system. Morrison is employed at the law firm of Shumaker, Loop & Kendrick, LLP in Toledo in the employee compensation and benefits practice group. She focuses her practice on creating, reviewing and implementing benefit and compensation programs designed to meet the needs of single employer and multiemployer clients and she assists clients on benefit issues in connection with corporate transactions. 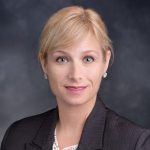 Dr. Jessica Reynolds (MED ’10) joined Northside Gwinnett Surgical Associates in Lawrenceville, Ga. as a general surgeon. She specializes in minimally invasive surgeries, such as those that use robotic or endoscopic procedures. 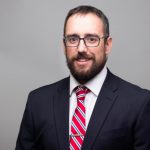 *Tyler Textor (Bus ’17) is the head coach of the Lenawee United Hockey Varsity co-op team. He played hockey on the American Collegiate Hockey Association team and helped them to four regional tournaments and a national tournament appearance in 2015. 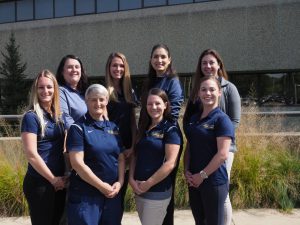